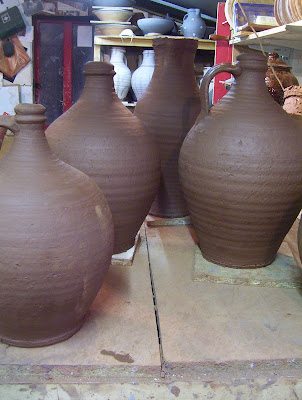 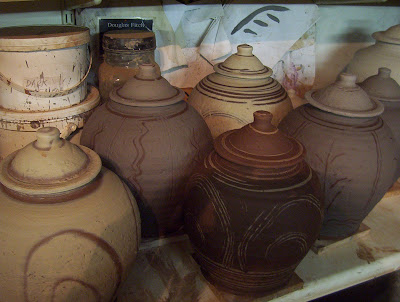 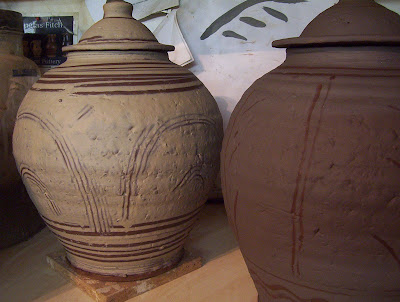 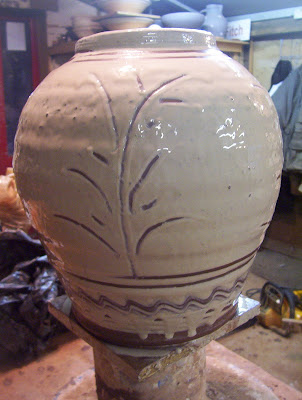 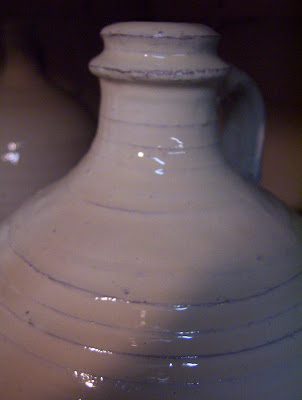 Just got in from band practice. We're working on a load of new songs at the moment which demands a level of concentration hard to find after a week at work. It is increasingly difficult to muster the energy for it on a Friday night. What ever happened to getting out and partying at the weekend? These days it's all about recovering from the week's work. I'm definately getting too old for rock and roll. I'll have to go to workshop tomorrow for a while, but at least it'll not be as early a start as during the week.

The last few days I've been making large jars and bottles. These will be dry in time to pack in the bisc kiln a week tomorrow. The plan is to keep making next week for the subsequent firing. I hope to get two whole firings of glazed pots through before the end of March- that'll give me loads of pots to chose from for my spring shows.

I've been doing a lot of decorating with a comb made from a rubber kidney, it makes a much finer line than finger wiping. I did a batch of mugs with combng in my last firing and they worked really well, so these have developed from those mugs. More decorating to do in the morning.

I just won a competition on Michael Kline's blog!
Posted by doug Fitch at 00:07