I managed to get my camera working again!! 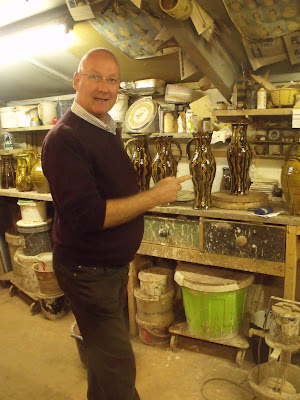 Earlier in the week Alex called by. It was great to see him as always. It was also great to have him cast his critical eye, over the pots from the recent firing, as he really knows his stuff. Here we were discussing which pots to send for the publicity material for the forthcoming show. The two baluster jugs on the left were sent.
I hope to get some better pictures of the pots soon, but here are some snapshots of some of the pieces from the firing. 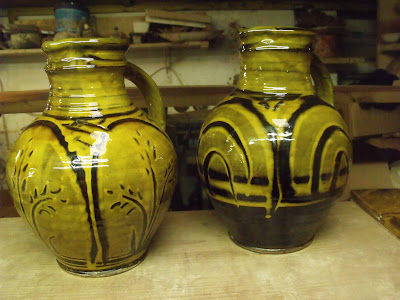 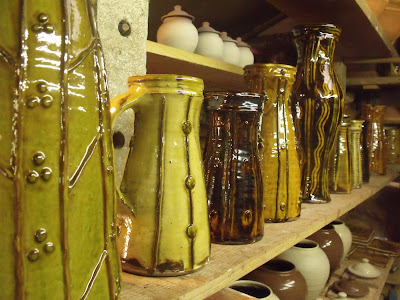 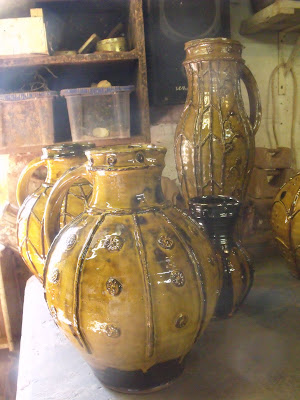 8 pounders, with the big raw jug in behind 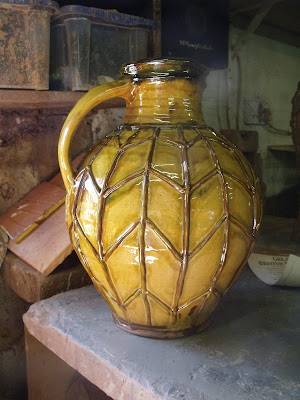 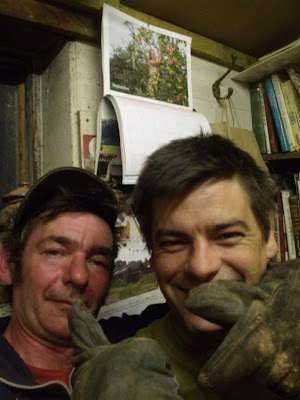 After the firing, looking as knackered as we were feeling 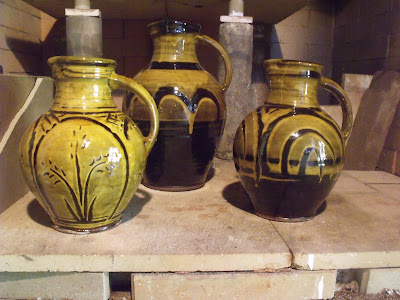 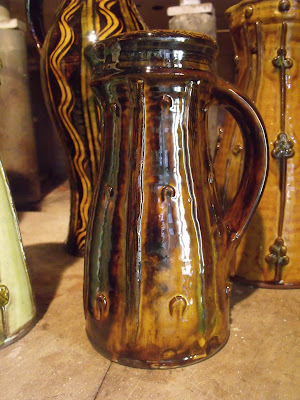 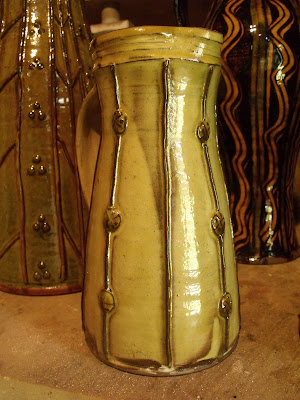 3lb tapered jug. You can see lots more by following this link here. 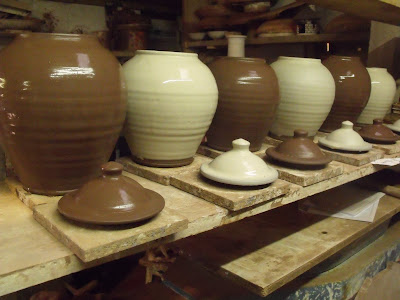 3lb jars for the next firing, slipped last week. These are now completed, as are 6lb versions. There will be lots of jars in the next firing, which will add variety to the jugs from the last one. Today I made big pots for the bottom of the chamber.
I'm tired - I've been working some very long days recently and I'm really behind with a lot of my virtual stuff. My apologies if you're waiting for an email, I'll get caught up soon.
Tomorrow I head off back to Cornwall as I'm doing a demo on Saturday for the Cornwall Pottery and Glass Group. The last demo I did was in North Carolina with Hannah - it'll be weird to be doing it on my own this time.
Honest Pots finishes this weekend. Thousands of people have been to see it, it's been an amazing show, if you're near York and haven't seen it yet, time's running out!
Bye for now