An appeal message from The Leach Pottery, St Ives

The trustees and staff of the Leach Pottery would like to express our great sadness at the recent catastrophe that has beset Japan. The Leach Pottery’s historic and current links to Japan, dating back over a century, are of great importance to us and the friendship we have received from the Japanese people over the years has been unwavering. We have not forgotten the support we received from the people of Mashiko pottery village and members of the Mingei Association in 2008 when individuals collectively donated over £40,000 towards rebuilding our pottery in St Ives and we would like to offer them back the hand of friendship now.

We are launching an appeal to raise funds for Mashiko which has been badly hit by the earthquake. Mashiko has over 400 studios and kilns, providing the main livelihood of the village, and the recent quake has caused considerable damage to both kilns and buildings. Mashiko’s two main museums, the Mashiko Ceramics Museum and the Hamada Reference Museum have also been badly hit.

Mashiko Town in Tochigi prefecture is located about 60 miles north of Tokyo. In 1923 Shoji Hamada, co-founder of the Leach Pottery in St Ives with Bernard Leach, returned to Japan following the Tokyo earthquake of 1923. He settled in Mashiko with his family where he set up his own pottery, now owned and run by his potter grandson Tomoo Hamada, who attended the reopening of the Leach Pottery following its restoration in March 2008. Shoji Hamada also established the Hamada Reference Museum in Mashiko to display his stunning and internationally acclaimed collection of crafts and ceramics.

You can donate to the Leach Pottery’s Mashiko Earthquake Appeal in any of the following ways:
By phone – call with you credit or debit card details on 01736 799703

By post – send a cheque to the Bernard Leach (St Ives) Trust Ltd. (marking the back of the cheque ‘Mashiko Appeal’. Send to Mashiko Earthquake Appeal, The Leach Pottery, Higher Stennack, St Ives, Cornwall TR26 2HE

If you are a UK taxpayer you can Gift Aid your donation by including the following information: Your name, address and postcode and confirmation that you wish the Leach Pottery to treat your donation as a Gift Aid donation. This simple act will allow us to claim a further 25p for each £1 donated towards the appeal.
Posted by doug Fitch at 23:35 3 comments:

Well it's been a long time since a blog post, so here is a whole big lump of stuff all in one big one.

I went to my friend Jonny Thompson's photographic studio last week to have some shots taken of the pots from the recent firing. He's a very good photographer - he's taken my pictures for me for years, so if you need some great images and you're near enough to Exeter, you can get in touch with him via his web site here . This is a short film of him in action. 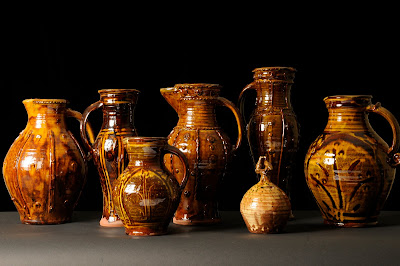 And here are some of the shots 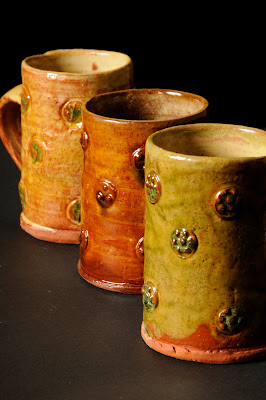 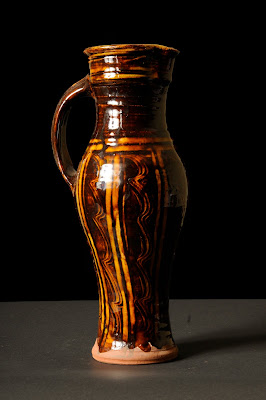 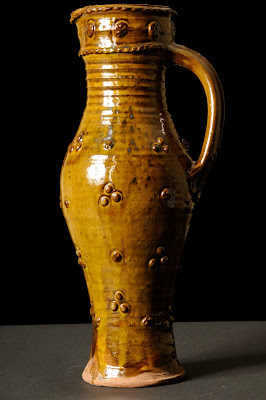 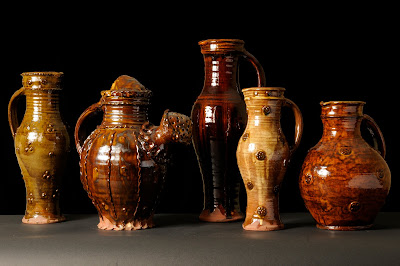 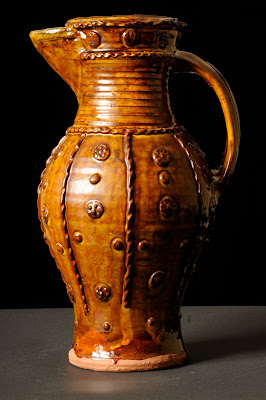 Here's a little film I made a while ago of the pot beneath, being decorated. 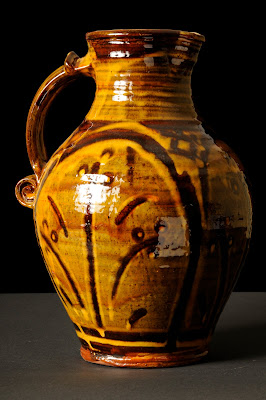 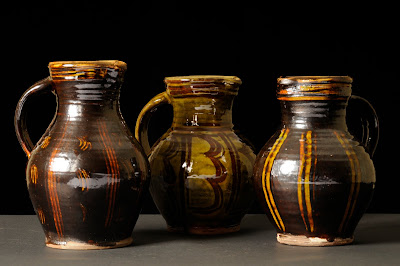 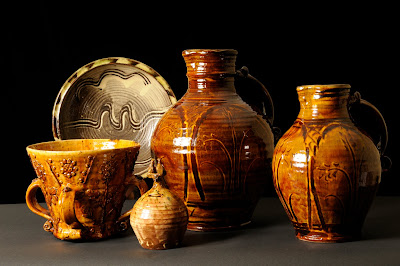 These pots are all going to The Long Room Gallery in Winchcombe, for an exhibition in April. I'll post more about that soon. 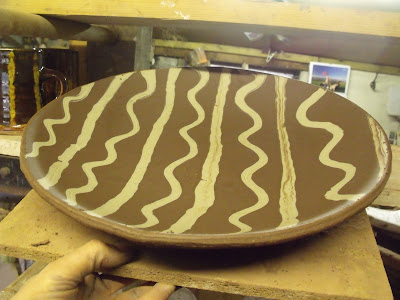 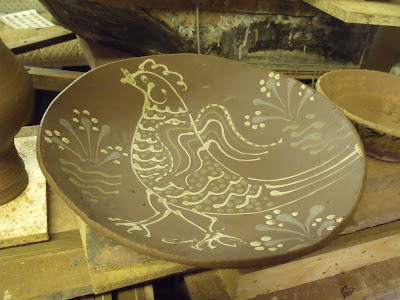 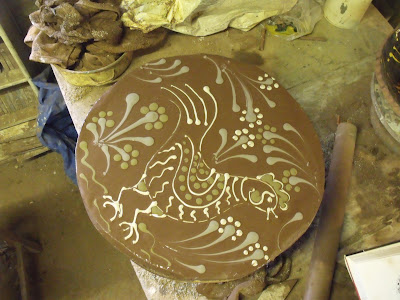 This one has yet to be placed over the mould.
Well that's all for now.
The news of Japan is so sad, I'll be posting soon about some fund raising events, so please be sure to check back.
Posted by doug Fitch at 19:23 7 comments:

Film of the kiln unpacking 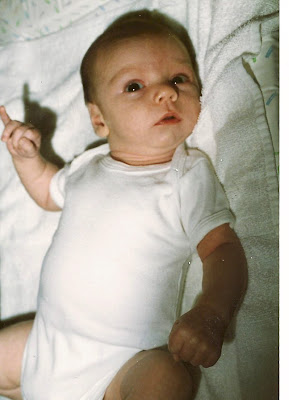 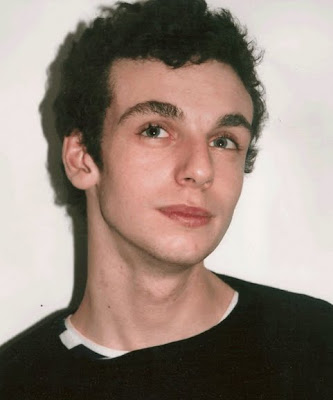