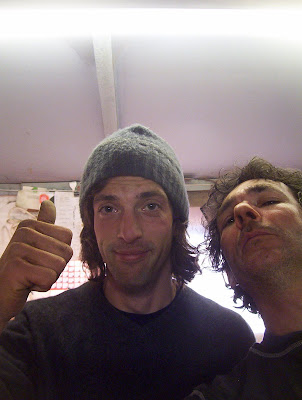 Blogger Matt's come to stay.
Posted by doug Fitch at 20:57

When I was at the gym today, there was a guy who put his woolly hat on before he put on his trousers.

I don't know what made me think of that...

Matt and Doug, I hope a similar pic doesn't show up down at the police station later in the week. Have fun!!