A Japanese Passion: the pottery of Edward Hughes 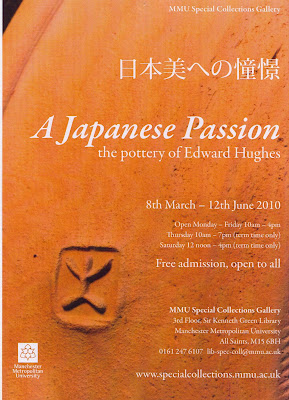 
EDWARD HUGHES (October 16, 1953 - March 31, 2006) was one of Britain’s very finest potters. His life’s work was dedicated to making pots for others to use and he spoke about this with a passion.

'I entrust my pots into the hands of the customer for use in their everyday lives, where the act of use is every bit as creative and important as that of the maker. The maker, the pot and the user become one in "the beauty of use'. 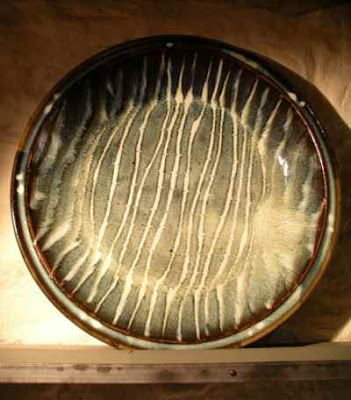 Hughes was born in Wallasey in 1953. He studied ceramics at Bath Academy of Art. On graduation he applied for a two-year scholarship in Japan, where he studied pottery at Kyoto City University of Arts.

In 1979, he held his first one-man show and decided to stay in Japan, setting up a pottery at Shiga, where he remained for five years. He achieved considerable recognition in Japan, winning awards and being elected to membership of Kokugakai. 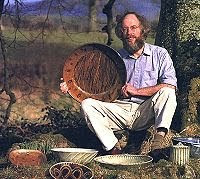 Hughes returned to England in 1984 and established a new studio first at Renwick in Cumbria and later at Isel, close to Lake Bassenthwaite. Some of his finest work was made during the later years working in Cumbria. His life was tragically cut short when in March 2006 he died in a climbing accident, after he had gone walking alone and the weather changed abruptly.

Soyetsu Yanagi; writing in ‘The Unknown Craftsman’; made reference to the Japanese passion for using quality handmade pottery and to their equal passion for earthenware of the kind produced in England during the eighteenth century. Edward Hughes shared these passions and they lie at the root of understanding his work. In turn, Hughes had a real passion for Japan where he found in the Japanese people a respect for all he was trying to express through his pottery.

Thanks Alex for this introduction (for me) to Hughes.

Truly sad to have him pass on.

Thanks for the information. I had not heard of him or seen his work before. What a tragic story though.

I recently went to visit a potter called Gas Kimishima - do you know him? A quick Google search will return his website (and his blog). He's an amazing chap and makes some amazing pots. It was a pleasure to listen to him talk about his work and others work also. A wonderful experience.

Edward Hughes was in the year above me at Bath Academy of Art. Gentle and polite, I am afraid at the time I considered him to be a bit of a pottery 'geek', but of course now I would call him impressively 'single minded'- which proved to be the case indeed. At the time I failed to understand, which was my loss. His life cut short like that was a tragedy, but what he achieved was worthy of two.

Thanks for the introduction to Edward Hughes. I was not aware of him but like his pottery--and his story! Gay

I bought a pot which I thought was by Edward Hughes;
but it looks very different from the pictures I have seen. Could any one tell me on the sight of a picture of the pot and a close up of the mark?
Thanking you in anticipation.
Gérard at
gerardmermoz@hotmail.com