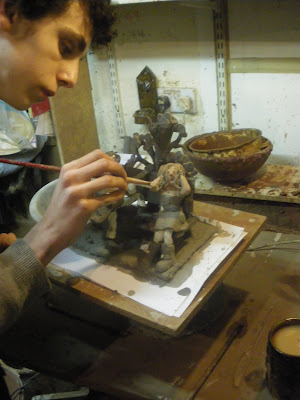 Worked really late tonight. Luke came up and glazed his other model which took until 10.30. It's in the kiln now so will be out in the morning, hopefully looking as good as the last one. 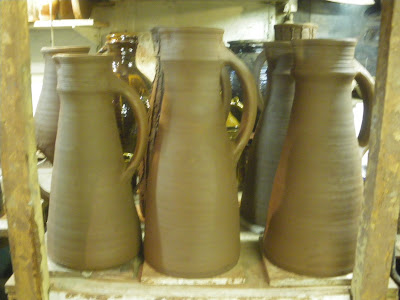 I made another five of these big jugs. The tallest is just under 20", which is as tall as the chamber of my biscuit kiln, but they'll shrink a fair bit as they dry so that's fine.

Jessica's with me tomorrow daytime and Marky Mark in the evening, so I'll have plenty of company. Today it was just me, the Nuthatch and the Woodpecker.

I want to try and get some huge fat jugs made tomorrow if I can, then that'll be most of the big stuff made. The next firing will be some time around 27th March.