A weekend in Cornwall 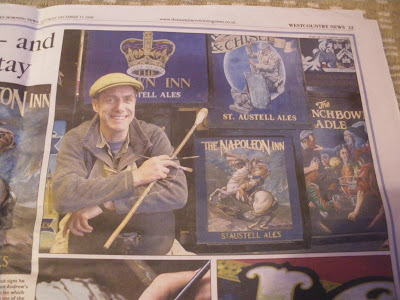 Just got home after a lovely weekend visiting my old school mate 'Frank' - he's not really called Frank, that's his nick name from school days, I have no idea why. He's actually called Andrew Grundon and he's a very talented signwriter. He paints the signs for St Austell Brewery. This is him in Saturday's Western Morning News.

And here is their slide show of his remarkable work 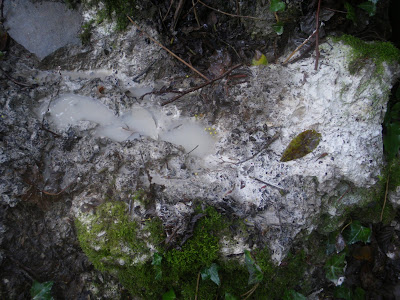 He lives right in the heart of some beautiful Cornish countryside - china clay country. This is what you'll find just below the surface of the soil not far from his house. 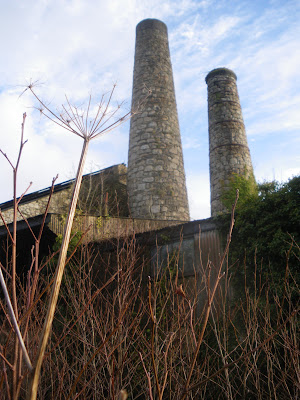 These big chimneys are part of some huge drying sheds, now derelict, that were used for drying out the china clay after it was mined from the hillside. 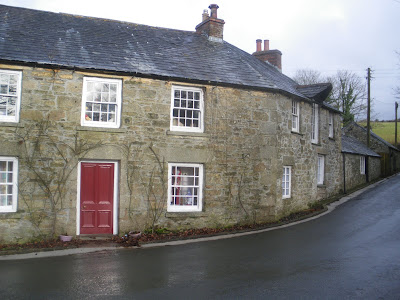 His house is one of a remote terrace of old clay workers' cottages, at a place called Claylands, a few hundred yards from Michael Cardew's Wenford Bridge Pottery. The pottery is now no longer operating and has become a private residence, however I know the guy who owns it so got in there this weekend. 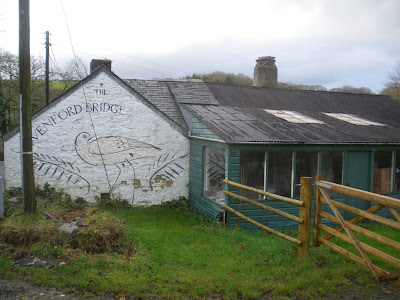 I went there once nine years ago and Seth Cardew gave my boys a lump of clay to play with. Ever since, Joe has questioned whether his milk jug ever got fired. 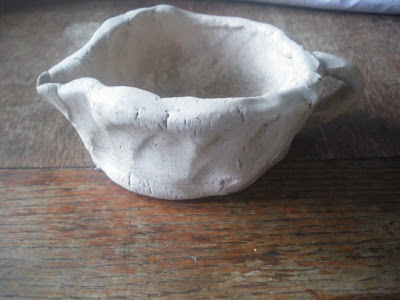 Would you believe it, there it was, along with a load of bisc fired pots from the last ever firing, sitting on the shelf. 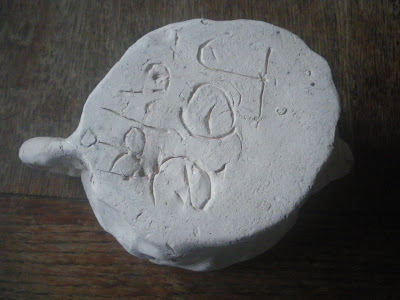 Fancy that, he's thirteen now, he was four when he made it. He was really chuffed to get his pot after all these years.
Posted by doug Fitch at 15:46

Oh wow! that's brill, he'll be thrilled having that fired. How exciting.

Wow, all dated and signed too. Good job Joe.

Like all Americans raised on Leach and Cardew, I wanted to move to Cornwall and get into the middle of all that......

and thanks for the music tip, I posted it of course!

I was taught by Seth and can imagine him leaving stuff around..
I'm so glad I found your blog, brings back loads of old memories of another time. I saw the Isaac Button film when I was studying ceramics in Falmouth, brilliant!!

Hi Doug, me and Sue called in there a year or so ago, and as you say, it's all closed up as a pottery, but we went to the tea rooms next door and had a look from their garden through the window into the old kiln room. We probably saw the pot there on the shelf! Thanks for showing my picture, at last! I'm published!

That is just a fab story about the pot. he must be well chuffed.

That is pretty sweet, but I dont think it is big enough for the amount of custard he drinks in one sitting. haha. Did you take any of the china clay home with you? I am sure you could find some kind of use for it. Maybe for some great glazes or slips. I am so glad to be home now, but now I have to answer the good question you asked earlier. What will be the name of the new blog? ahhhh! cant wait to hear from ya.
Brad

I, um, wrote a post about you today because I didn't have anything new to say myself :)

Hello all. Thanks for calling by . Jude I'd love to know more about your time at Wenford. Lynda, thank you for coming - that Mr Rith is a fine fellow. DD, the tea rooms has closed now too, shame, it's all a bit sad really.

Brad, no I didn't, but I will next time I go

GREAT PAIR OF LEAF PATTERNED JUGS FROM YOUR LAST (? )FIRING ARE THE PUZZLE JUG AND THE TOP PALER YELLOW JUG FOR SALE?

Hello Caro(l), thank you for dropping by, sorry it's taken me so lonfg to get back to you. They're all sold, I'm afraid, but there'll be more in my next firing on 30th Jan. If you drop me an email, I'll send you pictures through as soon as they come out. Best wishes, Doug