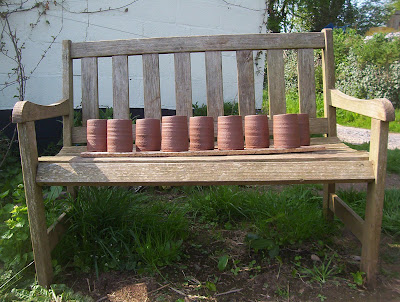 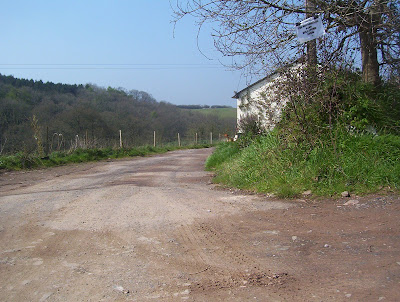 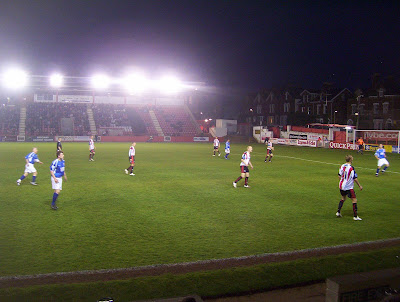 It was a beautiful afternoon in Devon. It won't be long before the woodland opposite turns vivid green. Today was the first time this year I've been able to dry pots in the sunshine. I made two dozen mugs and handled most of them before I had to dash off home. I'd promised the boys that we'd go and watch Exeter City play tonight. A resounding victory confirming our position in the play-offs - Wembley here we come - well maybe.

Marky Mark had some flexi-time to use up so took the afternoon off work and came up to the workshop. That was a brilliant surprise.

No pots tomorrow. My mate Frank is moving house so I'm off to Cornwall in the morning to give him a hand. He's bought a cottage overlooking the house and buildings that until recently was Wenford Bridge Pottery, Michael Cardew's workshop, subsequently run by his son Seth.

I'm catching the early train from Exeter. My former work colleagues from the University who now commute to Plymouth every day will be on the train - that could so easily have been my life too, phew!
Posted by doug Fitch at 23:13

those mugs look like an identity parade. i recognise the 3rd one from the left officer YES it was him " HE MUGGED ME".