Well it was a great firing, hurrah! Pretty much everything came out well, with a few exceptions, but they were pots that I'd glazed badly, so I can't blame that on the kiln. What a relief. I have two exhibitions, one that opens on Friday in Exeter called Beautiful Pots, with six other potters and one the following Friday, in Cambridge, with a group of artists, including works by painter, Simon Jowitt, who I have known since infancy. More about these shows later. Here are some pictures of the pots. 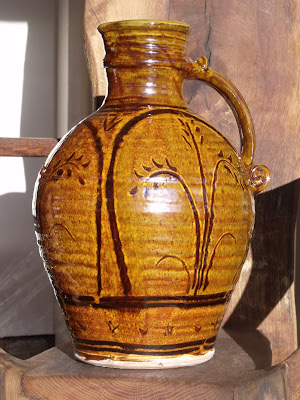 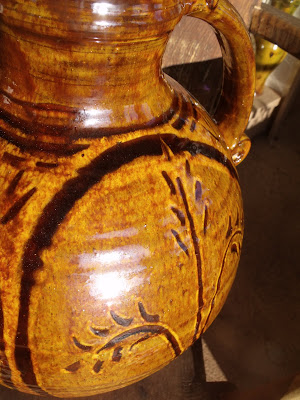 A close up, showing the interesting tones in the glaze. 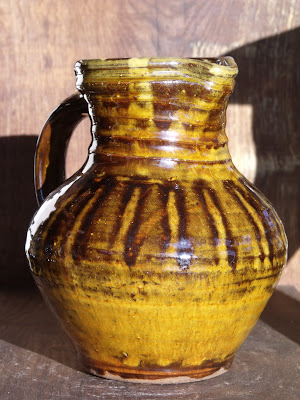 This little jug is the first pot that I made with the new blend of Hollyford clay and Almondsbury brick clay. 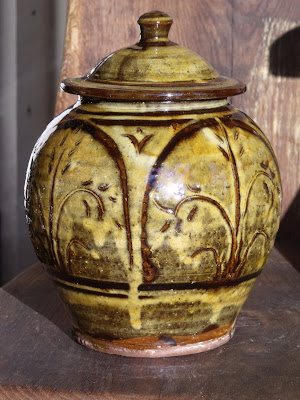 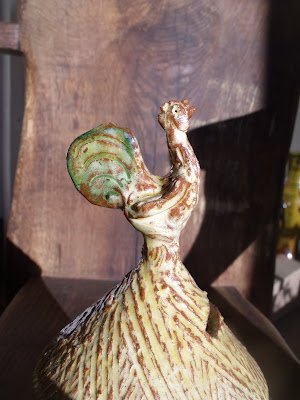 The top of a moneybox 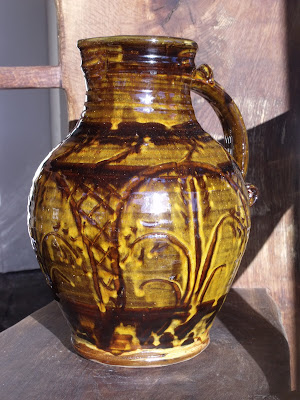 I made this 8lb jug when I had the visit from the Westcountry Potters Association a few weeks ago. It was dug straight from the banks of the stream, kneaded up, then thrown. 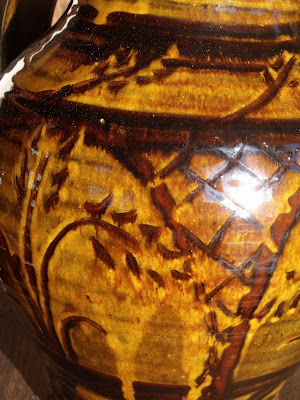 The decoration in close up. 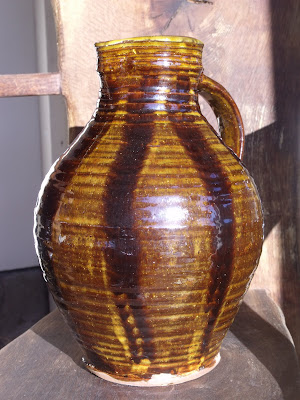 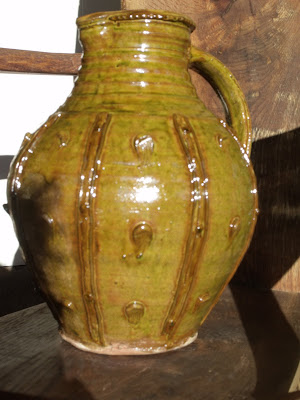 This is an interesting pot, inspired by some of the jugs that I saw in York Museum a few weeks ago. 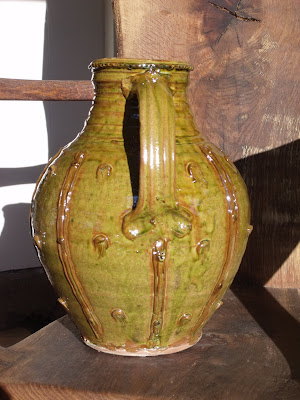 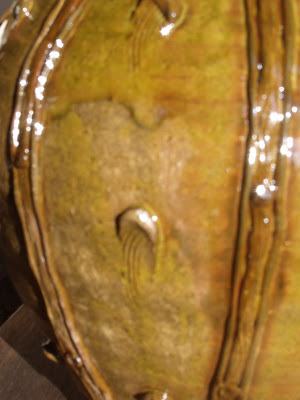 I put the glaze on rather patchily, but I don't mind that at all - it makes it all the more reminiscent of its ancient ancestors. 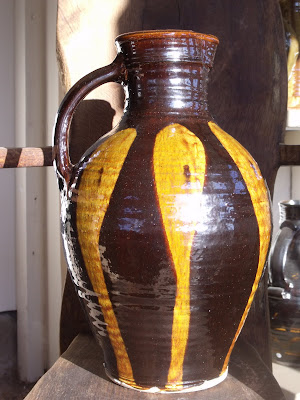 This is quite a large jug made from 16lbs of clay. 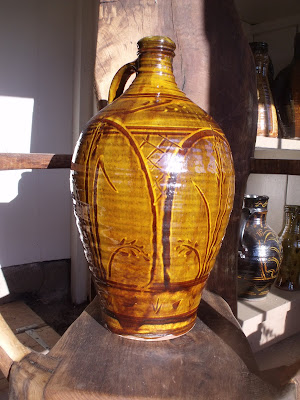 This is one of my favourite pots from the firing, a large bottle of about 18" in height. 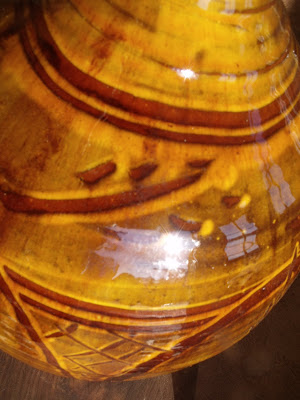 And here's a close up of its surface.

There are lots more, I'll post some more pictures later, but right now, it's time for bed. If you would like to see all the pictures that I've taken of workshop stuff in the last month, including more of the pots from the firing, follow this link
http://www.facebook.com/album.php?aid=244299&id=696677129&l=155d44bd86

Goodnight all
Posted by doug Fitch at 18:45

Lovely pots Doug. Congratulations! Glad that the firings are going so well. I look forward to seeing the videos tomorrow morning first thing... when our internet speed is best (our old copper wires get a bit stressed late in the day... )

What nice pots!! I never get tired of seeing nice pots. I'm so very happy that the firing turned out well.
~Craig

Right on Douglas!! You deserve many good firings. The pots look fab. Hope you sell them all now!

man Those look great! I like the small jar the best, but they are all fantastic! keep up the good work!

Thank you everybody, I'm feeling really pleased at the moment because the last few firings have not been that great and it knocks ones confidence. It's great that the kiln works properly, I was worried I may have to knock it down and build something new. I was supposed to be having some professional photos taken today, but got snowed in and couldn't go, but I'll hopefully get some better shots on here soon

Blimey !
They are good
You raise the bar again mr Fitch.
bugger.