This is some of the stuff I was doing on Thursday.

More decorating to do later, I'll post the pics this evening. Yesterday I was supposed to be making the last of the big stuff, so I'll need to do that later too. 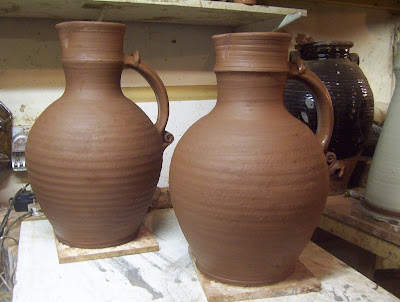 These harvest jugs are bigger than the ones I made last week, so they'll take a bit more decoration. I haven't worked out quite what I'll do with them yet, probably much the same as the last lot, drawing through wet slip - just a bit more of it than on the others. 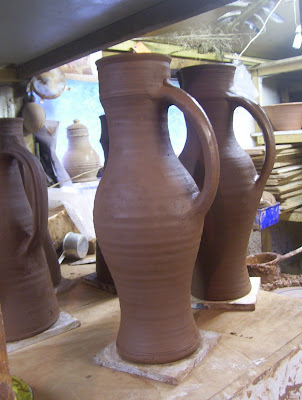 More tall baluster jugs. I've got four of these made and four large tapered jugs. These will need slipping today too. 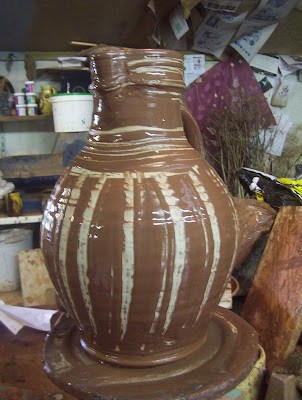 This will be black and gold and green when fired. 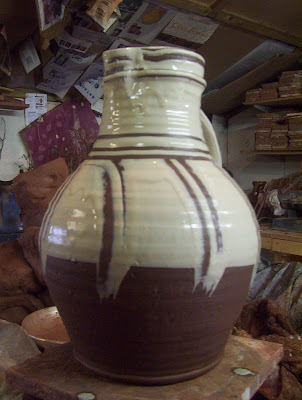 I made a rubber comb with bigger teeth to cut through the slip with a broader line which I tried out on this jug - I like the stronger mark that it leaves. I'm looking forward to putting it to use on some pressed dishes.

i love the fat black one with the schlurpy stripes

lovely new combing ..i like the trace it leaves on the bare clay..