Well since last I blogged, lots has been happened, so it's time I got round to writing about it!

We left Scotland over three weeks ago and headed to Derbyshire and The Wardlow Mires Pottery and Food Festival. This event is the only one of its kind in the country, where functional pots and food are exhibited alongside each other. It's now in its third year and is growing and developing. Last year was terribly wather affected, but this year the sun shone and the people came and bought lots of pots. 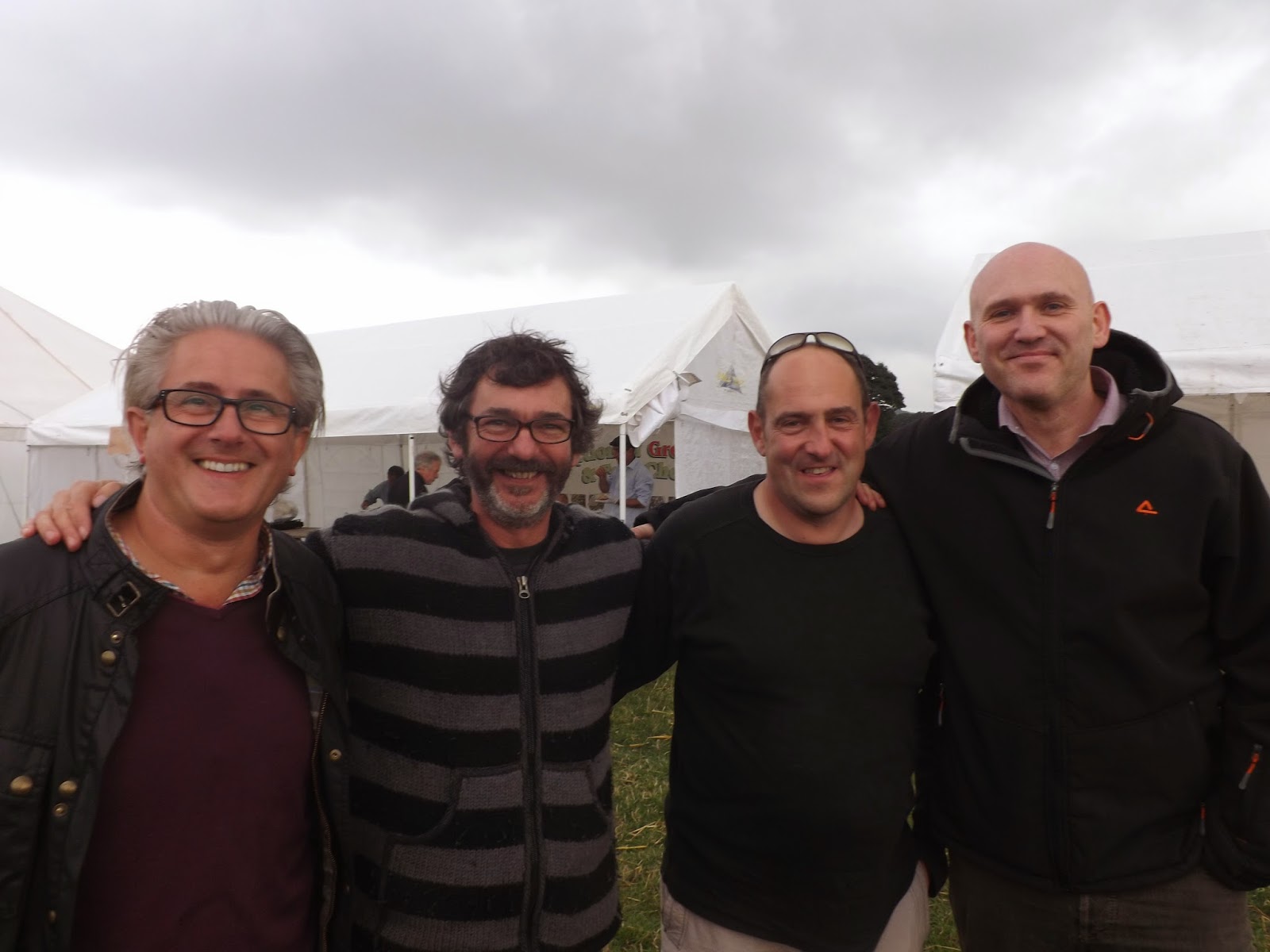 I didn't take any pictures, apart from this. I was at college with these guys over thirty years ago and we were all reunited for the first time at the Festival. It was great to see them all and no doubt we shall all meet again. 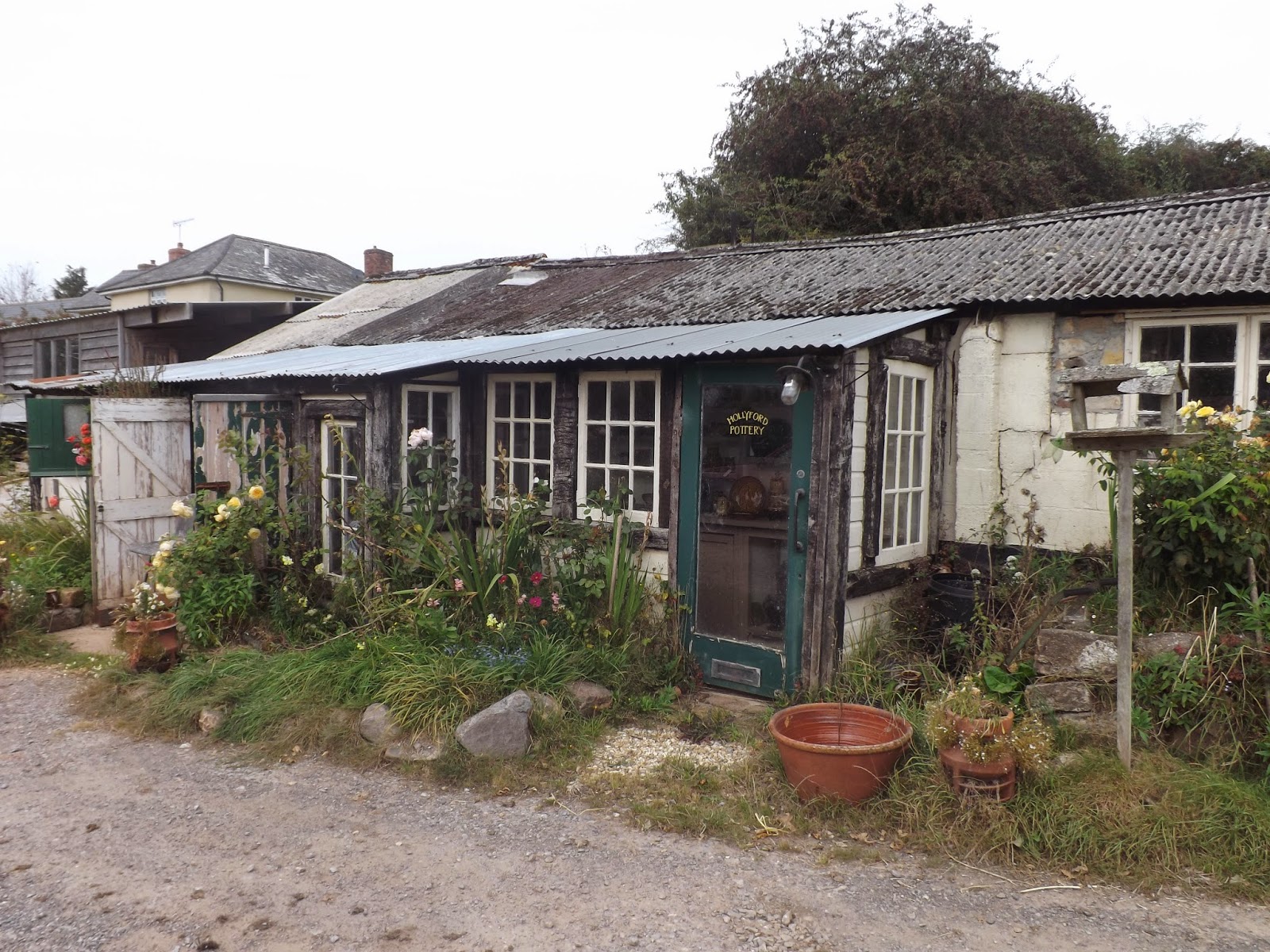 So we've been back in Devon for a while. Hannah's been in London at a show too, so busy, busy as ever. 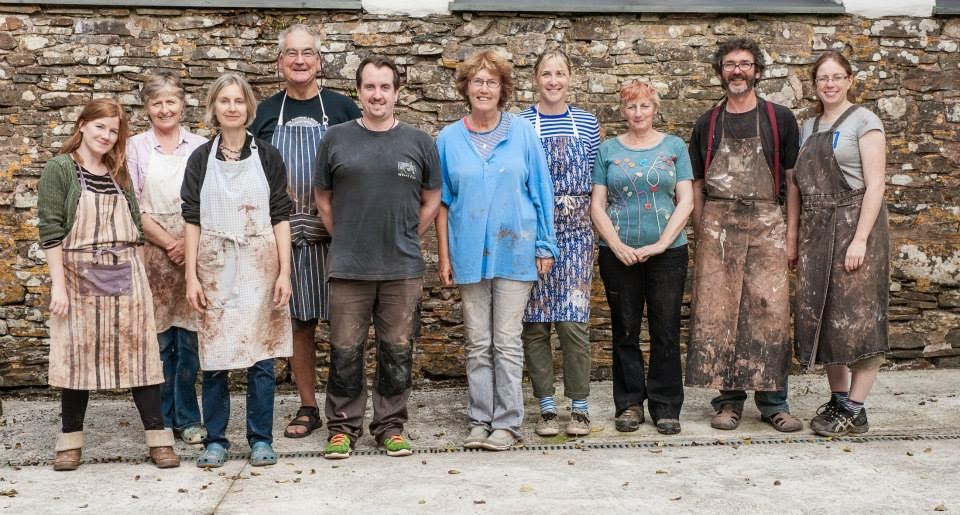 This weekend just gone, we taught a workshop at Kigbeare, near Okehampton. We've demoed together before, but it's the first time we've ever taught together, so we were nervous at first. Everything fell in to place though, helped by a lovely group of people who wanted to soak up as much knowledge as they could. The accompanying exhibition sold lots of pots, which was fantastic and sent us scurrying back to Hollyford to make replacements. 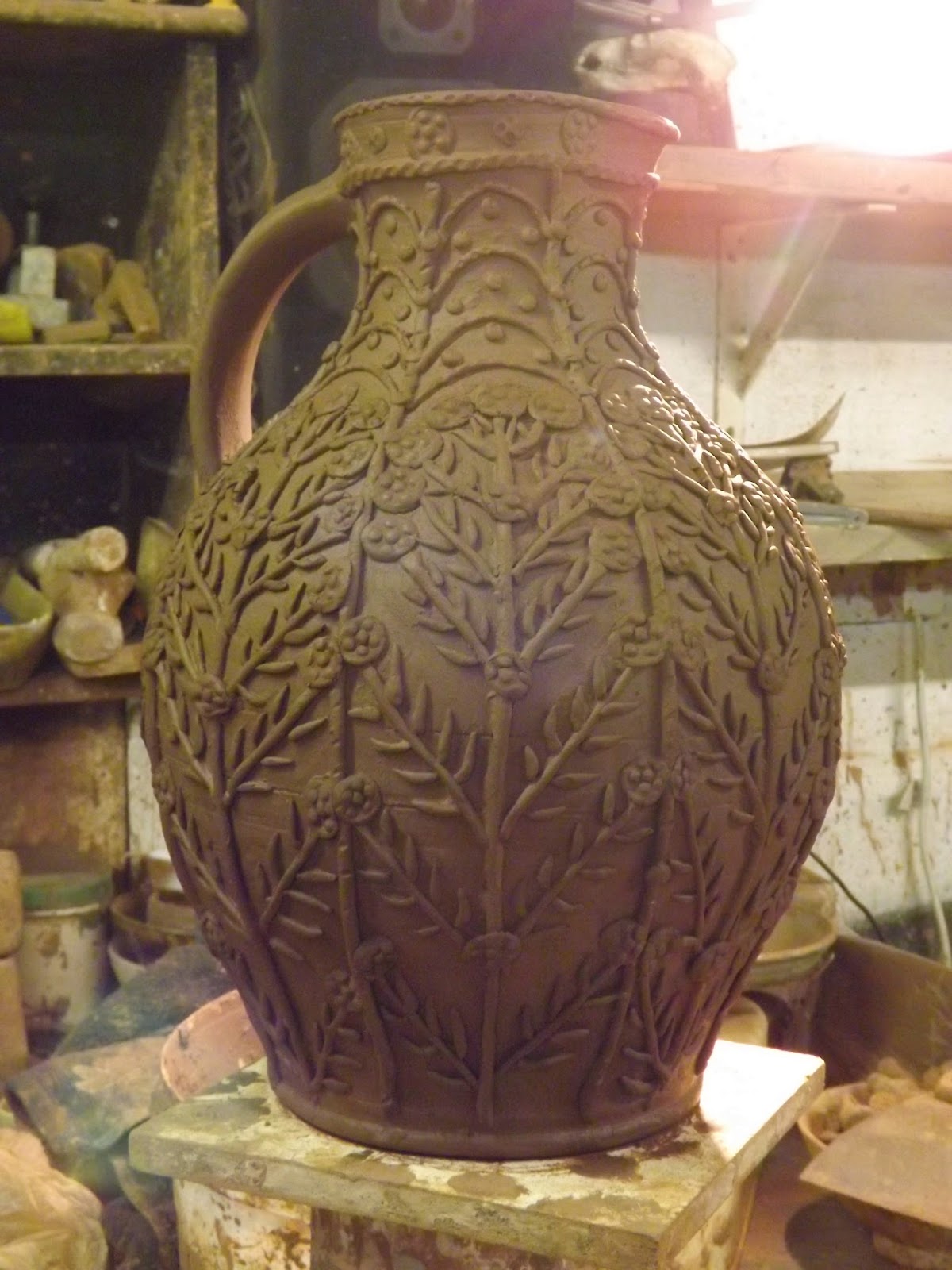 I made this jug as part of the demo and brought it home to finish it. It's another one of those pots that I've got carried away on and it's taken hours. I'll finish it tomorrow and slip it bright green. I do regret starting these sometimes as they take so long 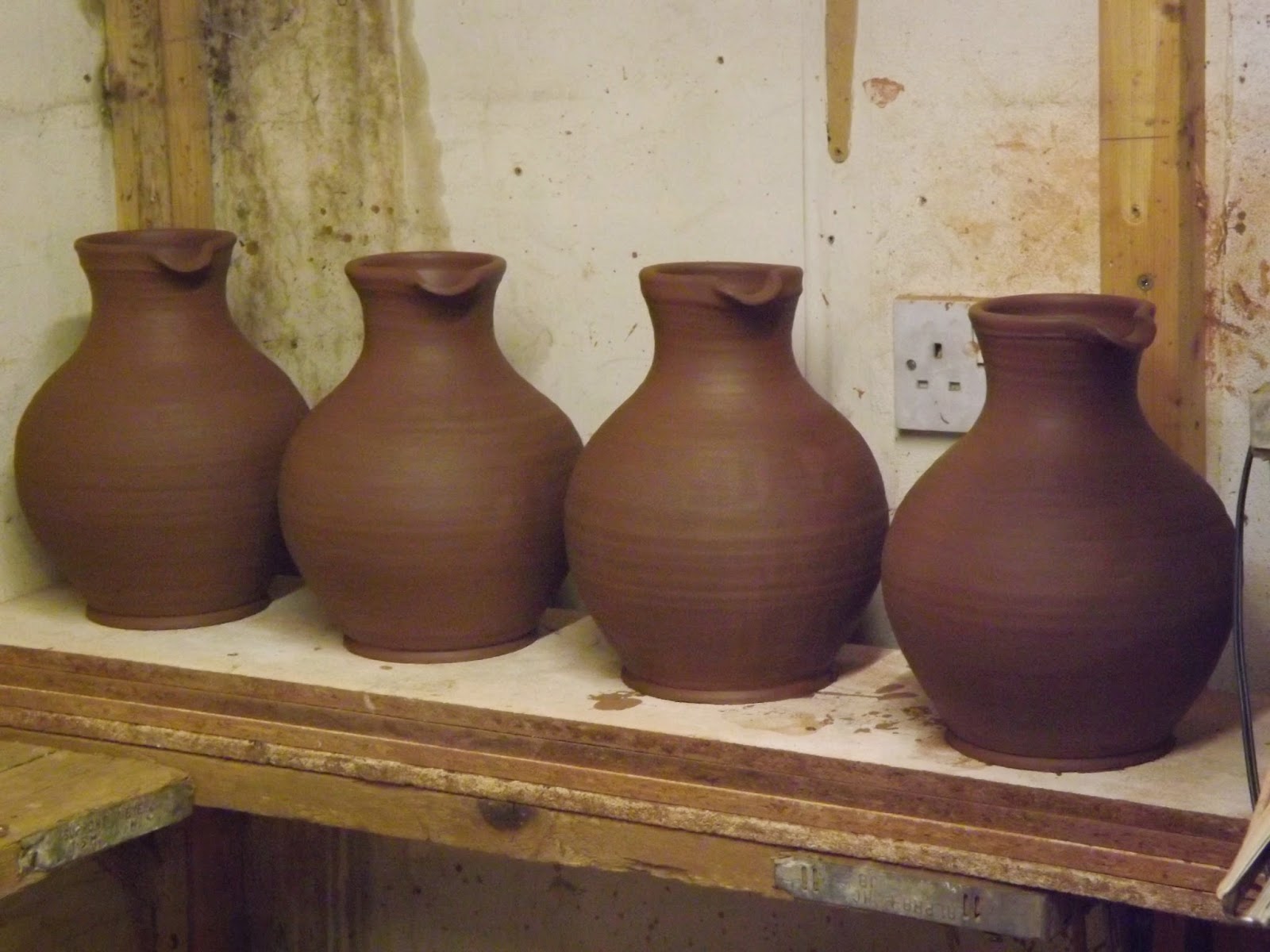 Hannah struggled to get going today, before she made six of these lovely jugs. It's sometimes difficult working in one another's workshops, as the equipment, surroundings and very often the headspace are completely different. I often really struggle to make pots in Scotland and the only thing that one can do in that situation, is work through the failures and frustrations, until it starts to flow. We're trying to reorganise both of the workshops to make both spaces feel like they belong to both of us, but it all takes time that we don't have at the moment.

Well I'm worn out, so I'm going to sign out now, back soon. Goodnight all.

You're both such amiable people. Don't worry about anything, you just can't go wrong even if it's not all easy!

I really love that group picture from the weekend...and you two will figure out the space....I imagine the secret is in finding the time to accomplish it!

It's so good to hear from you hear in blogland again...about your travels and goings on, and so I wish you both good settling into your work spaces...making room for your creativity to grow. Like a seed in a pot, the roots will just wind around to fit.

You are both such lovely people who love each other and I'm sure you will work out the work arrangements. And as for the course book me on the next one please, I'd love to come and play with clay with you both.

Marvellous to see the both of you working so well together