I've got very behind with blogging in recent days, so here's a quick catch up on what's been happening during the last week. 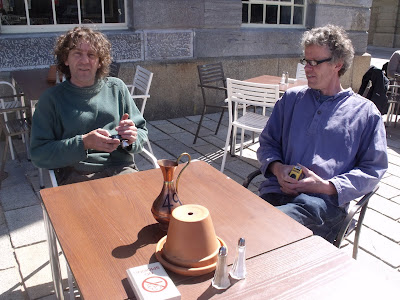 On Monday Different Dave and I went to Plymouth. My exhibition has finished at the Museum, so we went along to collect the pots. Thank you to everybody who bought pieces and to the staff of the Museum for inviting me to exhibit. While we were in Plymouth, DD and I went to the art college and paid a surprise visit to our old friend and former work colleague, Big Mart, the painting technician. The three of us used to spend a lot of time together over a period of many years when we all worked for the University. It was great to see him. 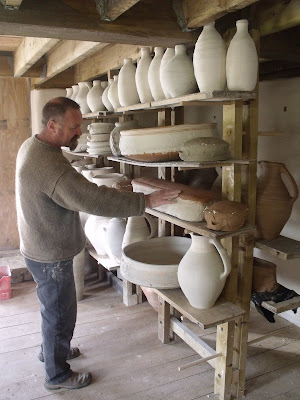 We came back via the scenic route, across Dartmoor and called in on my good chum Nic Collins. Here he is with a body of work that he's making for a one man show at the prestigious Goldmark Gallery. 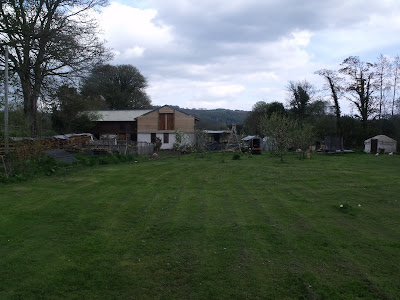 The building with the big windows in this picture is Nic's beautiful new workshop, that he and his partner Sabine have built over the past couple of years, using traditional local materials, cob and timber. 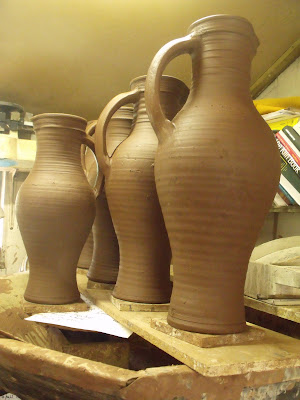 Some tall baluster jugs. There are still a lot of pots to make before the firing, which I have had to postpone until June 2nd - the latest I dare leave it before my first show of the season, The Contemporary Craft Fair, Bovey Tracey, Devon, that starts on the 11th June. 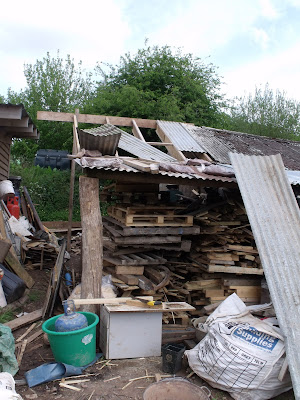 Building work has continued, fitted in around potting and when Different Dave can make it to the workshop. The front of the roof is nearly finished, the back will have to wait until I've sold some pots as I need to buy some new roofing sheets. 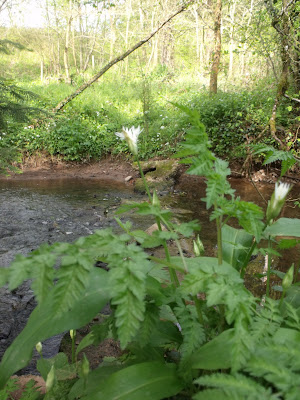 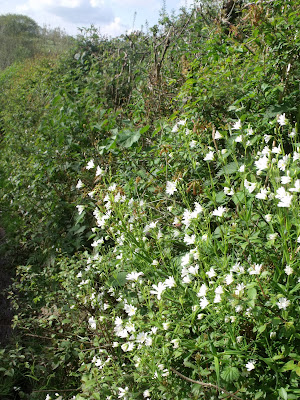 The Stitchwort is spectacular in the lanes at the moment... 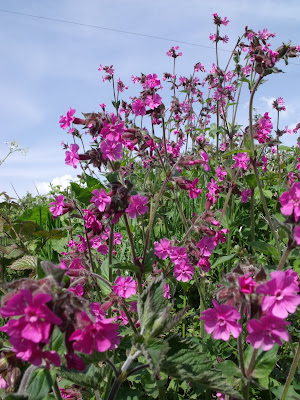 as is the Red Campion. 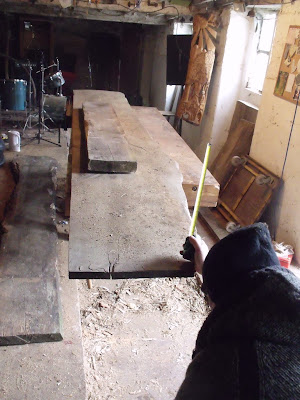 On Friday I went out with my mate Cookie, aka Daddy Paul of the Love Daddies. He wanted to photograph some of his work and needed help to lift some of his pieces, so I got to see the inside of some fabulous country dwellings, the homes of the folk who own some of his fantastic work. The picture above was taken in his workshop, note the drums in the distance - this is where we rehearse with The Love Daddies. 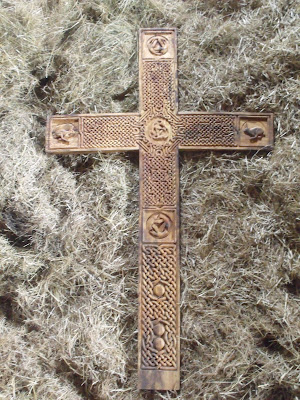 This is a six foot tall cross that he carved from holly. 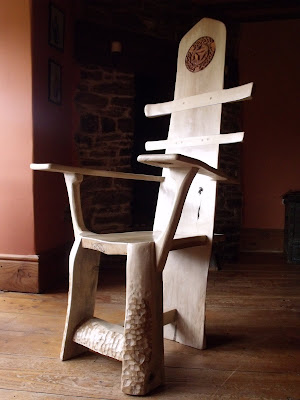 This chair is also made from holly and stands at one end of a huge dining table. 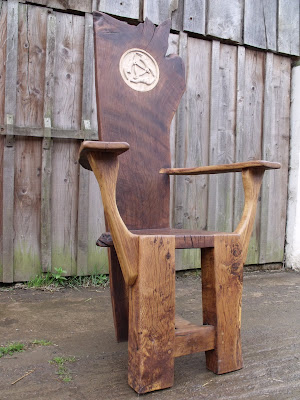 With this huge oak throne at the other end of the table. 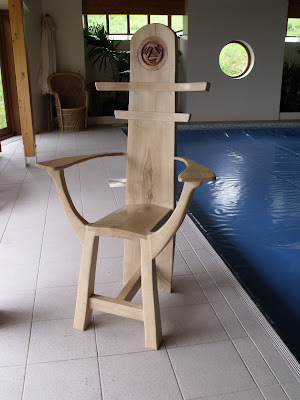 Here's another holly chair, beside the pool in a different house. 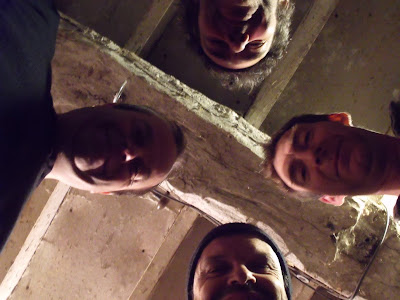 Last night we were back in Paul's workshop for band practice. Our guitarist moved away a few months ago and the band almost fizzled out, but we have since breathed new life into it and enlisted the skills of my old friend, Daddy Steve, who is a keyboard player. It's a radically different sound that we're making now, I'm pleased to say though, it's still not too easy on the ears!
Posted by doug Fitch at 00:33

the furniture is achingly beautiful.

Hey Daddy Doug, Nice to see all that's been happening and to hear the band is rehearsing again. Wow, Nic's pots look amazing. As do the tall baluster jugs of yours. I hope you have a wonderful week ahead.

hey mr douglas, around the your part of the world trip all in one go ...superb!! hey nicks new workshop that's rather lovely and i can see his influence over andrew's work..and those chairs are brilliant all in their new settings reaally cool...

hi doug, wow! lots of stuff going on in your neck of the woods. nic's pots are great and cookie's chairs are really beautiful. used to be a woodworker myself but never ran into any holly, i'm curious about how easily it works, great pieces regardless. glad the band is still moving forward.