Here are some pictures of the four baluster jugs that I decorated on Friday.

After I'd decorated the jugs, I found a sketchbook with scribbled ideas from back in November - I'd forgotten about these scrappy drawings - as it turned out, they're pretty much the designs I used for the jugs.

It's dreadful drawing I know, but I understand what the scribbles mean. Drawing is so important, I try to scribble something every day. Roll on springtime so that I can start my day with the ritual of a cup of tea on the bench and a scrawl on some paper with a permanent marker. 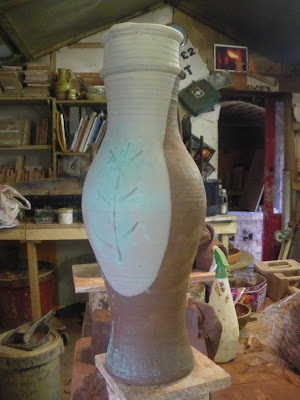 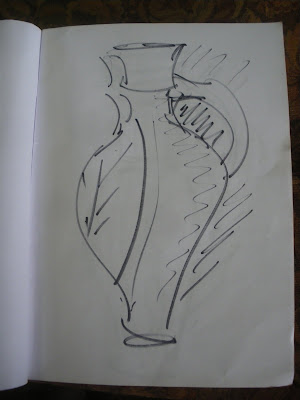 This one's going to be predominantly bare clay, with a bib of slip and glaze and a dusting of copper carbonate for a green speckle. I plan to put this at the top of the kiln where it'll get a good blast which will hopefully leave interesting flame marks on the naked clay. 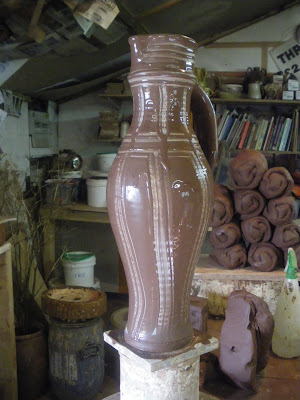 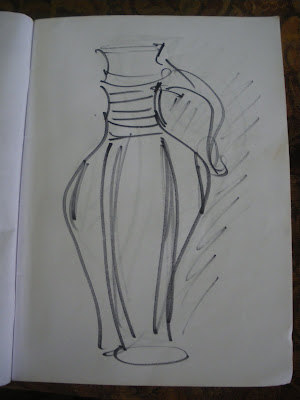 This one has a black slip, which is combed through to reveal the white slip beneath. 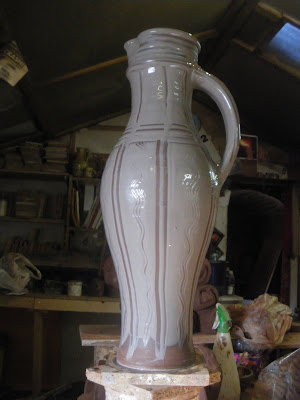 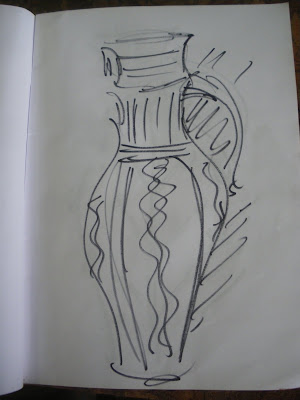 This is a green slip, over a black slip, with combing through the green, back to the black. 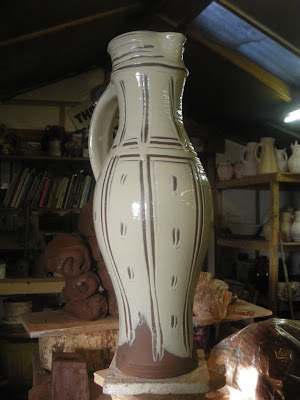 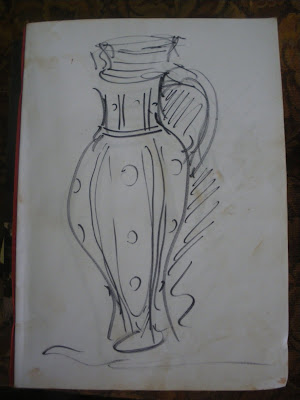 And this is a white slip, combed back to the black - the drawing looks like I intended to use sprigs, the jug has 'deer prints' instead.

Then I remembered that I actually made these designs in the last firing - (thought they seemed familiar!), but some of those pots turned an unpleasant brown and wound up in the Christmas sale - the others have been at my photographer friend Johnny's place ever since.

So, I went and grabbed the pots this morning and took them to Bideford to the Burton Art Gallery, where I have a showcase until 22nd Feb. It felt like having new work, nice. Unfortunately my chum was on his way out so I didn't get time to get the images, I'll post them when I do. 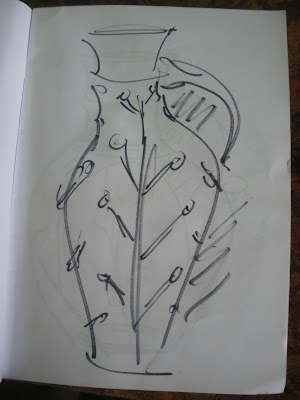 Not quite sure what was going on here - good job I only made four jugs I think!
Posted by doug Fitch at 18:15

Your sketches and finished pieces make gorgeous viewing, but you are setting the bar rather high for the rest of us potters! How can we possibly present our work as well as you? :)

Beautiful throwing and great sketches despite your comments on your sketches.your work is a pleasure to look at and the slipped work is something we don't get to see in Australia, such a lushious creamy look.

Love the jugs, love the drawings!