The firing (a couple of weeks on)

Goodness me, I've managed to get very behind with this blog lately, life's been busy. Here's a bit of a catch up. Alex came down and together we packed the kiln On firing day we were joined by Ella, a potter who had completed an apprenticeship at The Leach Pottery in St Ives. The firing went fairly easily, I think it was about fourteen hours long. On the unpack, I was completely zoned out with a cider fueled migraine. We'd been to Blogger Paul's birthday party the night before and although I didn't drink very much,it was enough to do some serious damage. Blogger Andrew came to the unpack and so Hil, Andrew and Alex took the pots out while I reclined, moaning and blinded on the workshop sofa. Never again - ha! It was a fairly good firing - maybe a little underfired in places, I might fire a cone hotter next time, but it was all new glazes, so as a starting point, I was pleased. I need to formulate a decent dark honey glaze before the next firing to provide the entire range of tones and colours that I'm trying to achieve. 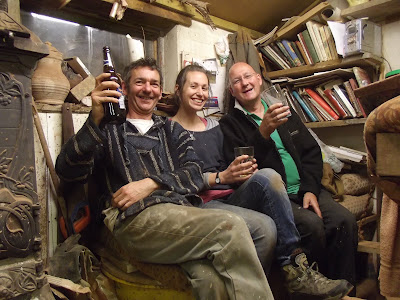 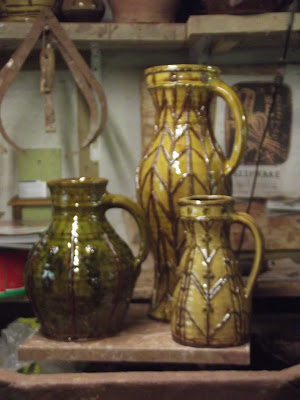 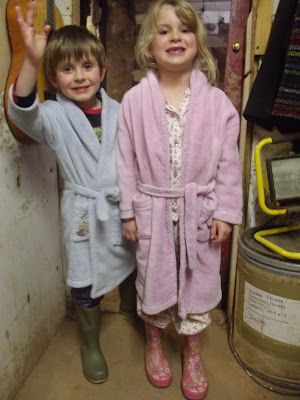 Excellent work everyone.
I tend to get migraines when I've been quite busy and as soon as I stop, then I get them.
Horrid things aren't they?

the kids? or is that you and Hannah in your boots and dressing gowns?

You've got yourself some real beauties in that load!

Oh dear sounds like you've had a bit of a time of it lately! The old daemon drink...