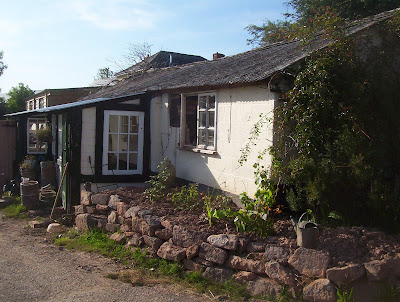 What a busy week of potting and digging.

The weather's been amazing - the final throws of summer. We haven't had much sunshine at all this year, so I think I probably enjoy the fine weather all the more when we do get some, just because of the novelty of it. 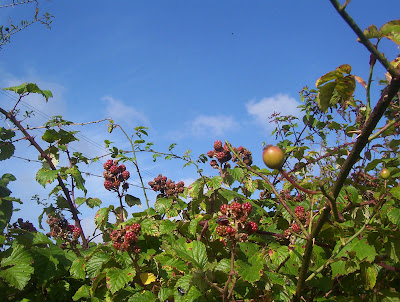 Certainly the blackberries in the hedgerow need some warm rays to ripen them up. I'm thinking that I may try and make some blackberry wine this year - bet I'll live to regret that.

Dave and I didn't manage to get the floor down - we'll do that next week hopefully, but Dave has done an amazing job of getting it all level and ready for the concrete to be poured.

I'm still in the midst of a frenzy of pot making. Here are a few shots of some of the stuff that's happening. 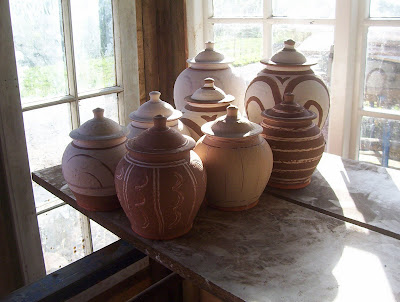 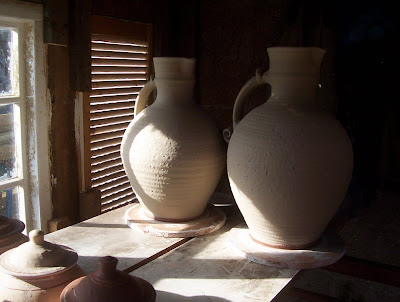 Big jugs in the sunshine - not something you see often in this country. 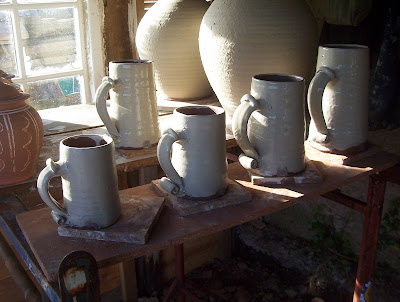 An assortment of tankards, freshly slipped. These are an order from a gliding club for prizes - they'll be sgrafittoed with a load of text and 1st, 2nd, 3rd, 4th etc., hence the different sizes. 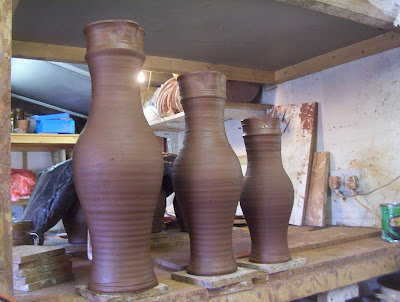 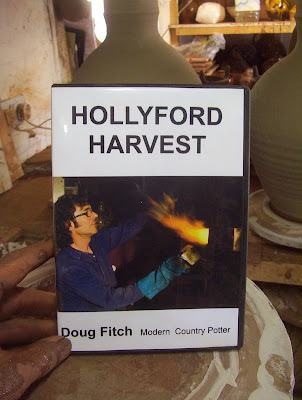 A package came in the post today. It contained the final cut of the film that Alex McErlain and his team from Manchester Metropolitan Uni shot at my place during the last year.

The film's been submitted to the Seventh International Film Festival on Clay and Glass, which is scheduled to be held in Montpellier, France in 2010.

I think it's pretty normal to hate the sound of one's own voice, but that aside, it's a really great little film that captures the essence of what happens at Hollyford really well. It even features the Love Daddies, Marky Mark and Blogger Matt - quite a chick flick really. I'll try and post a short snippet of it at some stage soon.

Well, work for me in the morning so I'll sign out for now as it's late.

Have a good weekend everybody.
Posted by doug Fitch at 23:06

ah super ...things coming along nicely, concrete eh...prob dryer than timber!
such a busy fella, great to see some new pots in your space..
ha ha chick flick you think...funny..
have a super fine wkd, sunny here too but it's forecast 28C today yey...warm.......

wonderful work as usual mr. fitch... i would love to see that movie...

love the pics of the sunshine coming thru what look like new windows. were gonna come down to see you this weekend, but couldn't afford the petrol! shucks..hopefully see you soon
xx

Great Pics and Pots, Can't wait to see the Chick Flick.
I'll get some popcorn in for Marion.